Recent changes to laws regulating online travel agencies (OTAs) in the European Union (EU) aren’t doing much to limit the industry power of Expedia and Booking.com. This is according to a new survey by competition authorities in the EU. Since 2010, several EU countries have investigated parity clauses by OTAs and sought to improve competition through restricting or banning such clauses in contracts between hotels and third parties. In response, Expedia and Booking.com both opted in 2015 to amend their practices for the entirety of the EU. However, a survey of the market for 2016 found most of the hotels participating in the survey didn’t know about changes to parity clauses and most companies who knew didn’t take any action on them.

Other key findings include: 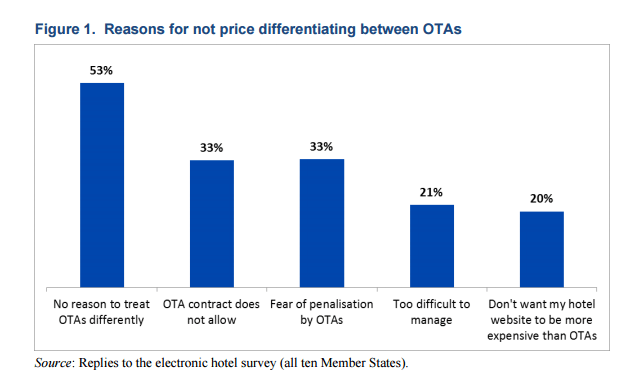 The report did note a number of  limitations to the data collected, including a low response rate in some counties and an over-representation of chain hotels in some counties. Read the full Hotel Monitoring Report here.