The hostel boom doesn’t look like it will be going bust anytime soon. Millennials are a growing demographic in the travel market and are largely credited with recent hostel success. This group of travellers, born after 1980, values affordability, trendiness, and communal areas for socialising and working. In 2018, MEININGER will open their second property in Amsterdam at Amstel Tower at the Amstel Station. The hostel will be 7500 sqm large, offering 165 rooms with 850 beds. MEININGER also plans to expand its existing property, Amsterdam City West, to 1585 beds. 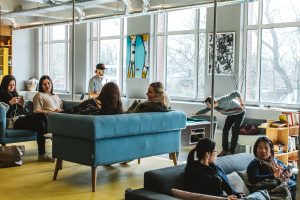 Throughout the Netherlands, new hostels are being opened by companies such as Alibi Hostel, Via Hostels, and Rebel Hostel. The industry is watching developing expansion plans from Generator Hostels, which was recently acquired by Queensgate Investments, and A&O Hotels & Hostels, which was purchased at the beginning of the year by TPG Real Estate. For additional insight into youth travel accommodation industry trends, see this research from WYSE Travel Confederation.