MEININGER to open a new hotel in Bordeaux 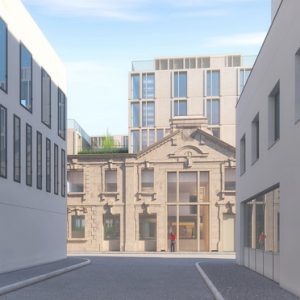 MEININGER Hotels has signed an agreement for a hotel in Bordeaux, with the local investor Christian SAGASPE. The property, designed by the French architect Patrick AROTCHAREN, which will be newly constructed, will be located on Rue du Commerce in close vicinity to the main train station Bordeaux-St-Jean.

The MEININGER Hotel will offer 162 rooms and 493 beds. Room types will range from standard double rooms, to private rooms with multiple beds through to a bed in a dormitory. It is expected to be completed in the first quarter of 2020.

“We are moving our expansion strategy in the right direction, in particular in signing a new deal in Bordeaux. Bordeaux is one of the major cities in France and was voted as “European Best Destination” in 2015. This historical city is not only famous for red wine but also as a vibrant, dynamic city. The city center of Bordeaux was rated as UNESCO World Heritage in 2007,” said Hannes Spanring, CEO of MEININGER Hotels.

The city center and the old town of Bordeaux can be reached within 15 minutes by walking from the hotel. To the main train station Bordeaux St-Jean it’s a 7 minutes’ walk and trains from major French cities like Paris, Marseille and Lyon stop here.The property is part of one of the largest development projects in France, called “Bordeaux-Euratlantique.” The development zone will include cultural, sport and school facilities as well as offices, shops and housing units. The development is also expected to be completed in 2020.