Ask Us Anything with Clare Weston, KILROY

WYSE Travel Confederation spoke to Clare Weston, long-time international product manager at KILROY,  in this episode of the Ask Us Anything podcast.

Listen to the podcast and/or read the transcript of the conversation below.

Hi Clare, thanks for joining me to talk about youth travel as we head into the summer season, and of course the upcoming World Youth and Student Travel Conference. Welcome.
Thank you, Wendy.

So, you are an international product manager for the very well-known student travel agency KILROY. You’ve been with the company for a very long time, and you know your youth and student travel very well.
So yeah, I’ve actually been here now 21 years, which is quite incredible. Actually, thinking back to when I started, I saw this year it will be my 10th or it will be 10 years since I first attended my first WYSTC. So that’s also lovely to know that ten years ago I was new to WYSTC and ten years on I’m still looking forward to it as much as the first time.

Do you remember which country that was in?
I believe it was Dublin.

OK, and did you have a favourite WYSTC so far?
I think I think the first one. Obviously it was just so exciting, you know, meeting so many people from around the world and when you realise you’re part of something so much bigger. It just gives you some great connections with people from around the world that you might not necessarily even work with, but just that energy and enthusiasm and hearing about different countries and what’s happening. The tourism industry is developing and changing all the time. I think you just get so much from these meetings that you can’t really put a value on it.

So what markets are you working in at the moment with KILROY and what are your core travel products?
So, KILROY is operating in seven countries and we’re the largest youth and student travel provider in in Scandinavia. We’re also in Benelux, so we also cover the Netherlands and Belgium. KILROY’s key market is the 18 to 35 year-old youth and student. We work with ISIC and we have youth tickets. So, that’s very much our market. We have two other brands as well, but speaking on behalf of KILROY, it’s the 18 to 35 year old who wants to go out there and learn new skills experiences. We find increasingly that people, when they travel now, are also looking for up-skills. So, learning languages or it could be volunteering learning too… surfing, diving, yoga. Back in the day when I travelled, we put a backpack on, got hold of a Lonely Planet and see where you ended up! But we see now that the tendency is for people to have much more structure to their trips before they leave.

OK, so you’re packing in a couple of purposes to a trip – it could be educational, it could be fun, could be cultural exchange.

Yeah, very much, and people tend to want more control now and maybe aren’t taking 12 months as they would previously. They’re looking more now for a three-month intense trip where they really know what they want to do.

What types of experiences are in high demand right now and what destinations are the most popular?
After COVID we saw the world re-opening according to where it was possible to travel. Costa Rica is one of the countries where they eased the restrictions pretty early on, so we saw a massive boom in Costa Rica late autumn, January, February, where we have a lot of customers going to travel to surf and learn Spanish and these sorts of combinations. Volunteer as well. Costa Rica has been top of the statistics for where people were travelling.

Following it was Sri Lanka, another country that opened up quite early. Similar sorts of products, so people who want an adventure. Sri Lanka is also great for surf. Not so much diving, but surf and adventure travelling around, these sorts of 3 to 4 week trips.

Also, people who wanted to tailor trips, for the security of having your own driver, having your own itinerary. We’ve seen a tendency towards people, initially at least, also wanting to join a group. More so maybe than previously where people were travelling a little bit more on their own steam. I think that maybe it’s related to not knowing how many people are out there travelling. So, being confident that you’re in a group and there are going to be other people there. But also, maybe feeling that you’re travelling in a safe environment because it’s including transportation and accommodation and things are pre-organised. So, having that group experience is a safety net.

Is there something you’d say that is absolutely not popular right now?
No. (laughs)

There’s just a willingness to get out there?
Yeah it is, I mean, the issues we’re facing now, which I think everybody in the travel industry is facing, is that out there in the world there aren’t enough staff, there aren’t enough vehicles. So we’re seeing in The States car categories sold out, which we’ve never seen before. In New Zealand peak season, you know, December, camper vans are very difficult to get hold of because they’ve sold their inventory and now getting new vehicles – chips, getting hold of the special chips needed for the cars for the vans – there’s a lack of supply worldwide. So, we have customers who wanted to rent campervans, but now we’re seeing that the demand is so high that it’s difficult. And consequently, prices are also pretty high. Prices of flights are quite high. Obviously, fuel surcharges are affecting things. Accommodation as well because some of our partners unfortunately haven’t bounced back after COVID, so I think in some places as well, we’re seeing difficulty to get accommodation. But, I guess that’s going to change as things pick up and and hopefully these difficulties with lack of staff and lack of products are going to turn around.

Do you think consumers are reconsidering alternatives more so than they would have in the past due to supply problems or high demand where they can’t get their first choice?
We’ve seen that actually, especially here in Denmark, people are just desperate to travel. They are. I mean, it’s a positive problem that we almost can’t keep up with demand. I think during the last couple of years people have been saving up and a lot of them have still got that that dream trip that they want to go on and they will go on it. You know, if it’s possible, they’re gonna go.

We work with Deutsche Bahn with the Interrail now and we’ve seen that pick up in Europe. Interrail just had a a huge campaign because they had a big anniversary and I think their website crashed at one point, because there were just so many people over that four-day weekend where they were giving away their passes for half price.

And so that’s something new we’ve seen – the interest in Europe is picking up and people are interested in travelling by rail. School groups are actually demanding that they travel by rail, whereas previously they would have hopped on a flight down to Germany. Now it’s part of their school policy that they travel by rail. So yeah, Europe is developing, but I think we’ll always have customers interested in Asia, Africa, South America and so on. I don’t think that’s ever going to stop.

You’re planning to attend the World Youth and Student Travel Conference, or “WYSTC” as we call it, in September this year. Is there anything special you’re going to be looking for at WYSTC this year?
For me, my primary focus has always been work and learn so, I’m always interested to see what’s happening in the volunteer world. I always think that there’s so many different products at WYSTC that generally I like to just get a feel of what’s out there and which countries are developing new products.

I think up-skilling and learning and the developments in that area will be interesting to see.

Sustainability is also something very much in focus now, so seeing what’s happening with sustainability around the world.

Is there something you would say is the most useful thing about WYSTC?
As it’s always been for me, getting an idea of how big travel and tourism is. Meeting different players. The different travel talks, debates, panel debates. Everything that goes on around it as well. You know the evening events you talk to so many different people. You have your meetings set up, but I think everything that goes on around those meetings gives just as much as the actual meetings. They’re just short and intense, but afterwards you have all these other great opportunities to meet people and make connections that maybe you hadn’t initially realised were possible.

If there’s one thing you would say is so very different now compared to before COVID in relation to your partner relations, what would that be?
I wouldn’t say there’s anything radically different in our partner relations. I think what’s happened is that during the last two years we’ve supported each other so much and from that there’s a great deal of trust now. There’s definitely a willingness from our side to give back because we’ve had so much support from our partners through the last two years that now we really want to give them back the business and reciprocate all the support that we’ve had. So, I think if anything we’re closer than ever.

Good, that’s nice to hear. Anything else you’d like to say to those who are planning to attend WYSTC and will see you in September?
I would recommend attending if you’re thinking about it. It is, as I’ve said, a great place to connect. It’s a great social week. There’s lots of important ideas. For me it’s always been a highlight of the year.

OK, well thank you, Clare Weston of KILROY, we look forward to seeing you in September at WYSTC.

I’m looking forward to seeing you too. Thank you. 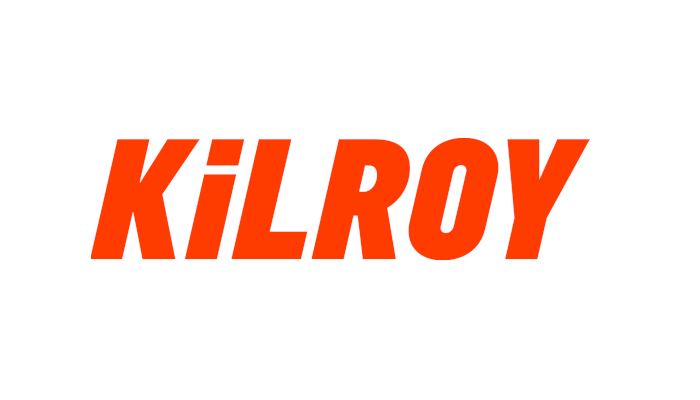