Clink Hostels has received the go-ahead for a nine-storey, 144-bedroom hostel in Dublin. The development would bring the trendy youth travel accommodation provider to a third European city. 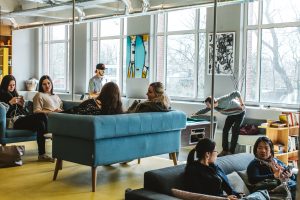 “We are delighted with the news, we know we can make a very positive contribution to the regeneration of Abbey Street. It is a fantastic location, perfect for a hostel,” Anne Dolan, Clink Hostels co-founder, told WYSE Travel Confederation on Friday.

In a decision which overruled their own inspector, the appeals board said the plan for the site at Abbey Street Upper would not seriously injure the amenities of the area.

The board’s decision also set aside a decision by Dublin City Council, which refused planning permission over the design and size of the proposed development. The council had ruled the building would be visually obtrusive.

However, in giving the plan the green light, the board stated that it did not accept that the planned hostel building would be visually obtrusive.

The appeals board said the hostel’s use “will contribute to the animation of the area and will provide an active use in itself”.

The board’s decision is positive news for other developers seeking to build high-rise buildings in the Dublin city centre.

Here you can create the content that will be used within the module.