Queensgate Investments has acquired Courtyard by Marriott Washington D.C as an add-on for its Generator platform. The price of the transaction was $54.1 million. Brown Rudnick LLP, Ernst & Young and Rockwell Acumen advised Queensgate and Generator on the deal.

LONDON, October 22, 2018 /PRNewswire/ –Queensgate Investments (“QI”) has made its second acquisition in the United States, acquiring the Courtyard by Marriott Washington D.C. for USD 54.1M as a bolt-on to its Generator platform.

The well invested 148 key freehold asset, acquired from affiliates of Quadrangle Development Corporation and Capstone Development, is located in busy Dupont Circle and benefits from superior amenities such an outdoor pool and roof terrace. The asset will continue to be run under a Marriott franchise with incumbent manager Crestline during 2018 and 2019, prior to conversion to the Generator brand. Generator is one of the world’s fastest growing lifestyle hospitality brands providing unique experience and design-led accommodation in the most central locations, with 15 assets across 14 cities in Europe and the U.S., including London, Dublin, Copenhagen, Venice, Barcelona, Paris, Amsterdam, Stockholm and Rome. In September 2018, Generator opened its first US asset on South Beach, Miami.

Jonathan Millet, Head of Acquisitions of Queensgate said: “The acquisition of the Washington D.C. asset marks the next step in Queensgate’s U.S. ambitions as we look to acquire both additional hotel assets to expand Generator as well as working on the acquisition of new standalone real estate platforms of significant scale.”

ABOUT QUEENSGATE INVESTMENTS
Queensgate Investments is a partnership between the Kow Family, LJ Partnership and Peterson Group. QI advises and manages in excess of USD 2.0B of assets and advises discretionary equity with significant additional buying power from its committed discretionary fund.

Queensgate differentiates itself by its flexible, nimble and non-institutional capital.

ABOUT GENERATOR
Voted by Fast Company as one of the top 50 Most Innovative Global Companies, Generator provides unique, experience and design-led accommodation options located in the most central locations across Europe including Dublin, London, Copenhagen, Hamburg, Berlin, Venice, Barcelona, and Paris. Thus far, 2018 has seen the openings of the first US based property in Miami as well as another welcomed addition to the European portfolio having opened in Madrid. 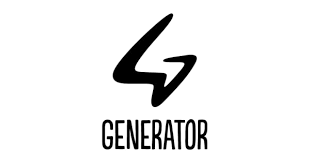