WYSE teams up with STR to provide members with insights into city performance data on hostel occupancy and bed rates.

In the first monthly report of its kind for WYSE Travel Confederation, STR’s data on London hostels show that despite average daily rates being down, occupancy remains steady. 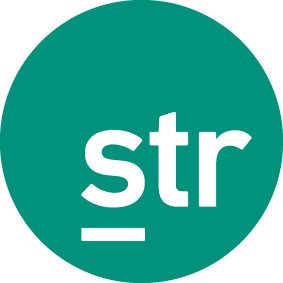 LONDON—Pricing power continues to elude hostel operators despite steady occupancy in London, according to data from STR, a global leader in data benchmarking and analytics.

Through September 2018, average daily rate (ADR)—or the average rate paid per occupied bed—was down 7.0% to £19.56 compared to the same period in 2017. On a year-over-year basis, ADR has decreased for 11 consecutive months dating back to November 2017.

First, this softness in rate has not been accompanied by a drop-off in demand as one might expect. On the contrary, bed occupancy has held steady and was up 0.5% to 83.6% year to date. This is somewhat unusual when compared to broad trends in accommodation demand. ADR often follows occupancy, whereby sudden spikes in demand give operators the confidence to price more aggressively, while dips undermine pricing power.

Stagnant occupancy growth may not be cause to celebrate, but rarely does it induce a dip in ADR to the extent we’ve seen in London thus far in 2018. Such declines usually occur when occupancy falls into negative territory—or as the result of an unforeseen “black swan” event (e.g. terrorist attack, jolts to financial markets).

A difficult hurdle to overcome

The second trend is more revelatory. At this same time last year, ADR was up a very healthy 8.0% off a relatively weak 1.0% gain in occupancy. When 2018 rate performance is viewed through this historical lens, it appears challenging year-over-year comparisons may be the root cause of operators’ pricing woes. Put another way: It’s much harder to surpass prior-year performance because that performance was so high.

While the hostel sector’s decline in pricing is significant at 7.0%, it is not an anomaly within the broader accommodations landscape in London. Pricing for hotels has been soft for much of the year as well. The price of the average room is down 0.2% year to date. Occupancy, meanwhile, was up 0.9% in London.

The trend is even more pronounced when you look at the hotel classes that play most competitively with hostels from a price standpoint. Year-to-date, the price of the average hotel room in London is down 0.5% for Economy (i.e. hotel brands such as Travelodge and ibis Budget), 2.8% for Midscale (e.g. Best Western, ibis Styles) and 1.1% for Upper Midscale (e.g. Hampton Inn, Park Inn).

If the above has painted a pessimistic picture of hostel performance in London, here’s a reason for optimism: The trend line is righting itself. While still in negative territory, the severity of the ADR decrease is becoming less severe with each passing month.

Only time—and the performance data—will tell.

STR is a member of WYSE Travel Confederation.