EDINBURGH – For three weeks every August, performers and arts lovers descend on Edinburgh to take part in the open-access Edinburgh Festival Fringe. In 2019 the festival saw more than three million tickets sold, with approximately 70% of those tickets issued to out-of-town visitors. The influx of festival goers combined with Fringe’s relatively long run leads to stellar results for the Scottish capital’s hostel market.

Surprising as these losses may be in Fringe month, they aren’t unexpected in the context of market performance year-to-date. Edinburgh hostel performance has been volatile this year as occupancy experienced losses in four months and ADR declined in five months out of the past eight.

Despite a 3.9% loss in RevPAB year to date, TrevPAB has remained somewhat insulated, with one large year-over-year decline in February and growth in the other seven months. This volatility suggests that year-over-year performance in August is likely unrelated to Edinburgh Festival Fringe and more the result of general market slowdown. 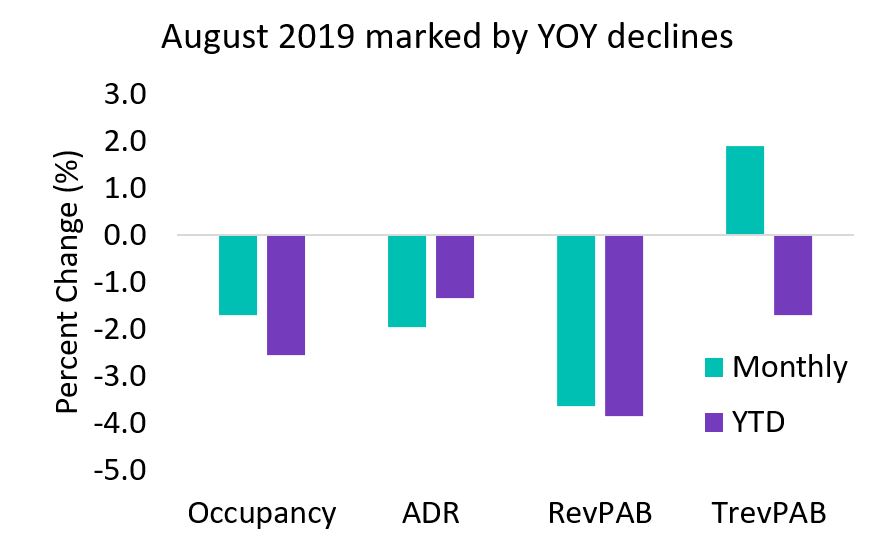 Monthly data can be highly seasonal, which reflects shifts in traveler demand patterns as a result of weather, recurring events and other factors throughout a calendar year. Even accounting for this month-to-month variance, August stands as a notable outlier in Edinburgh—thanks in no small part to Fringe. 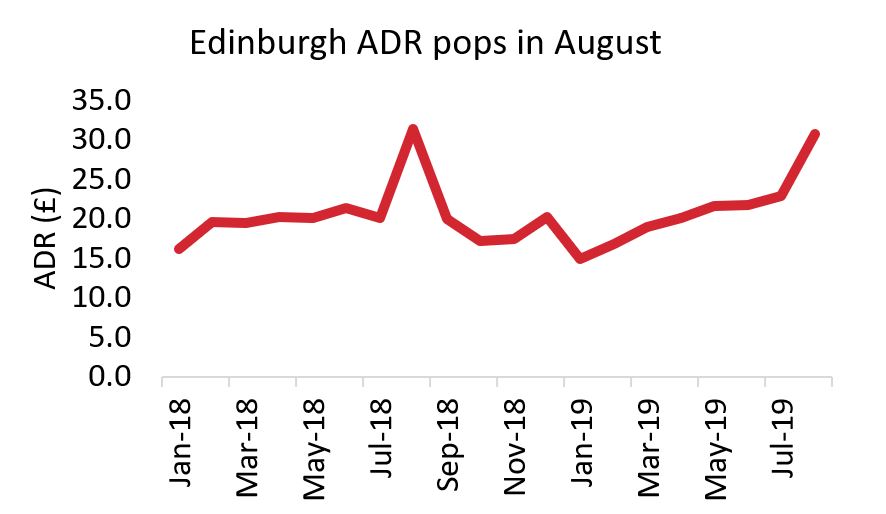 But this trend is not limited to rate. STR found that August occupancy is over 10% higher than the average occupancy from May to July (this time configuration is known as running three months, or R3). ADR during the festival month was £10 greater than over the preceding three months, and RevPAB 65% higher. 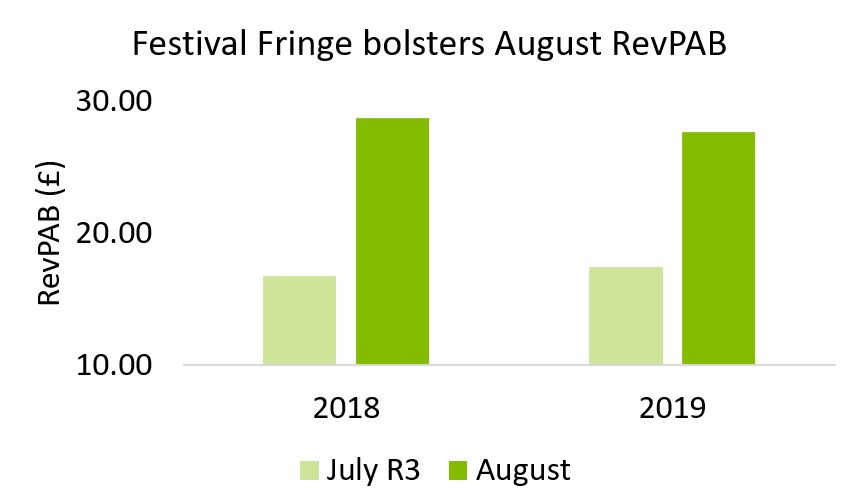 The world’s largest arts festival operates by a blueprint that outlines commitment to both openness and affordability. In 2019 the festival offered 706 free shows and another 404 “Pay What You Want” shows. This commitment will no doubt keep backpackers and students engaged and attending, which in turn should continue to benefit Edinburgh hosteliers, even in the midst of a slowed market.