Hospitality Sector in the UK may face a shortfall of workforce 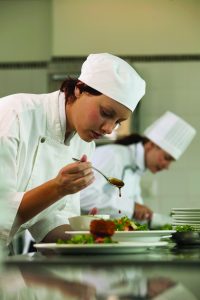 The hospitality sector has warned it faces a shortfall of 60,000 workers a year if immigration from the European Union is too tightly controlled.

The British Hospitality Association (BHA) said that thousands of businesses are facing having to drastically reduce their dependence on EU workers.

Staff from the EU make up nearly a quarter of all jobs in the sector.

Immigration is set to be one of the most controversial issues to be settled during the Brexit negotiations.

The hospitality industry represents 3 million workers and about a tenth of the UK’s economic wealth.

In the first major business intervention since the triggering of Article 50, a report by KPMG for the BHA says that it will take 10 years to reduce the need for EU workers by training British staff, targeting older workers and encouraging younger people to take jobs in the sector.

But with the UK economy approaching full employment, the report says that there are no easy pools of labour to exploit and that EU nationals will still make up a large part of the workforce.

The KPMG study – which has been sent to Number 10 – says that 75% of waiting staff in the UK, 37% of house-keeping staff and a quarter of all chefs are from the EU.

Last month the sandwich and coffee chain Pret a Manger revealed that only one in fifty of its applicants was British and 65% of its workforce were EU nationals.

The company’s head of human resources, Andrea Wareham, said it would be virtually impossible to recruit enough staff if heavy controls were applied to EU nationals wanting to work in the UK.

“It is clear that hospitality and tourism face major problems in recruitment if there is any major cut in the number of workers allowed to enter from the EU,” Ufi Ibrahim, head of the BHA, said.

“We want to avoid there being any cliff edge but the government must be aware that in the medium to long term we will still need considerable numbers of EU workers, who have contributed so much to our industry and the UK economy in general.

“We are aware of our responsibility to encourage more UK nationals to see the career opportunities available in hospitality and tourism.

“We do need the government to play its part too, by recognising our employment needs and recognising how important this industry, the fourth largest, is to the country.”

Ms Ibrahim is meeting officials from the Department of Culture, Media and Sport to discuss the report.

Theresa May has been careful not to reveal the government’s approach to immigration during the Brexit negotiations and has been reluctant to repeat an earlier government pledge that overall immigration would fall below 100,000.

One option being considered by the Home Office is to allow for preferential access to EU nationals after Britain leaves the EU.

I wrote about that last month and it was clear from Andrew Neil’s interview with the Prime Minister on Wednesday that no decisions on the total number of EU nationals who will be able to come to Britain have been agreed.

Senior industry figures said that the Home Office was “desperate for data” on which sectors would be most affected by limits on EU immigration.

“They just don’t have the information,” one executive in the hospitality sector told me.

Number 10 and the Treasury are well aware that sectors such as hospitality and agriculture rely on EU immigrants.

However, critics have said that there has been an over-reliance on cheaper labour from Eastern Europe rather than using UK workers.

And senior ministers have told me that allowing preferential access to EU nationals might give the UK better access to the single market, but would undermine efforts to strike trade deals with countries such as India which want to see a “level playing field” for all workers coming to the UK.