Israel’s hotel sector saw a relatively stable performance during 2016 with significant potential for future growth due to a rise in incoming tourism and expansion in the sharing economy, according to a new report from global hotel consultancy HVS.

HVS found hotel occupancy in Israel for 2016 averaged 67%, with average rates and RevPAR remaining steady at US$202 and US$136.

Israel, whose large number of business start-ups and booming technology sector make it the world’s second most innovative country, 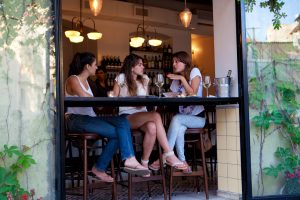 saw significant GDP growth of 4% in 2016. The country is currently seeing large-scale improvements to its infrastructure, including a new airport in Eilat and a high-speed train link between Tel Aviv and Jerusalem.

A further boost to international tourism in Israel came in 2012 with the signing of the EU Open Skies agreement, increasing the number of flights into Israel and lowering their cost.

Hotel performance still varies from one region to another and with relatively high room rates the country is still expensive to visit compared with other Mediterranean destinations. Israel’s regions also have a pronounced divide between international and domestic markets, with resorts such as Eilat and the Dead Sea more reliant on the domestic market, while Jerusalem and Tel Aviv remain the favourite destinations for international visitors.

However, the emergence of alternative accommodation in Israel, such as Airbnb, could become a game-changer for both locals and travellers to Israel with currently more Airbnb listings in Tel Aviv than hotel rooms. 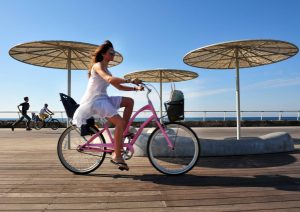 “There is potentially room for further growth in the budget segment, which would attract different types of travellers who can already benefit from lower air fares. This would have the effect of reducing overall average room rates making the destination more affordable” commented HVS analyst Lionel Schauder, co-author of the report.

With the number of airlines adding flights and the country’s hotel pipeline remaining strong, there remains real potential for substantial tourism growth, particularly if security concerns in the region can be overcome. Established budget travel accommodation companies in Israel are already expanding their offerings to appeal to a greater number of Millennial business and leisure travellers.

“The first half of 2017 reached a record in terms of tourist arrivals with an increase of 26% over the same period last year,” added co-author Russell Kett, chairman, HVS London. “The three million arrivals mark could conceivably be reached for the first time in the country’s history by the end of the year.”