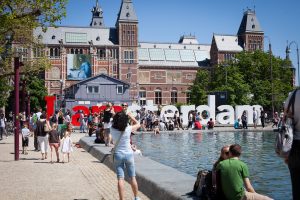 WYSE Travel Confederation recognises the challenges local governments face as they address exponential growth in a relatively new and rapidly changing industry. However, the Confederation, along with our global youth travel industry members, is concerned with ‘tourist tax’ proposals which are introduced under the facade of addressing mass tourism.

In a most recent example, a fee hike under review by Amsterdam city leaders would add as much as €10 per night onto a room cost, plus a percentage of the hotel bill. Tourists to Amsterdam city centre currently pay 5% of the cost of their room. This rate is already scheduled to increase by 1% in 2018. The added fee would significantly inflate the cost of a stay in Amsterdam.

The Amsterdam deputy mayor of finance Udo Kock is behind the proposal. He has alleged the tourist accommodation hike will deter budget accommodation visitors, whom he believes are low-spenders, in favour of high-end tourists. “We would prefer people who stay a couple of nights, visit museums, have lavish meals at restaurants, to people who pop over for a weekend eating falafel while sauntering around the red-light district,” Councilman Kock was quoted in a local newspaper.

WYSE Travel Confederation implores Mr. Kock to share his data supporting his claims that ‘high-end tourists’ are more beneficial to the local economy than those who patron budget hotels and hostels. Our research has consistently concluded that the money hostel guests save on their budget accommodation is spent in other sectors of the local economy.

“We are glad to hear that Mr Kock wants more people who spend money in the city, as budget accommodation guests do just that. What they save on accommodation, they spend in destination. Their monies aren’t going to international hotel brands, and thus the profit is leaving the city, but are rather being spent in local shops, in local restaurants and on local museums. The targeting of budget accommodation guests is totally misguided and will harm local businesses,” said David Chapman, WYSE Travel Confederation Director General.

The New Horizons survey, the only recurring global survey of youth and student travellers, has found that travellers who stay in hostels spent nearly $2000 USD, on average, during their last main trip. WYSE research shows food and drink accounts for a significant portion (19%) of their most recent trip spend- nearly tied with accommodation spend. 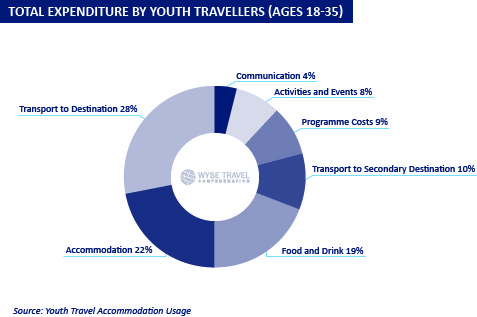 If Mr. Kock is assuming budget accommodation guests are not interested in cultural activities, he is misguided. Our research shows the top three activities for travellers who stay in hostels are visiting museums, shopping, and restaurants. New Horizons survey respondents also indicated they value meaningful cultural and educational travel experiences. Youth travellers are more likely to seek out the undiscovered gems of their destination.

Frank Uffen, partnerships director at The Student Hotel group, which has nearly 1300 guest rooms in Amsterdam, reiterated this point in his response to Councilman Kock’s claims. “The commissioner should know better; young travellers are creative travellers, interested in local culture; not in travelling the city in a tour bus. Amsterdam has so much more to offer. Inquisitive travellers who want to discover off the beaten track create opportunities for Amsterdam residents,” said Uffen.

Since visitors are not able to vote in their destination city, tourist taxes can be an easy revenue generator for local governments. However, these taxes are often implemented on short notice, to the detriment of local businesses. Hotels and hostels are left with the choice of absorbing the unplanned cost or passing it on to the customer which results in a dissatisfied guest. Instead, local authorities should consult with relevant stakeholders such as hosteliers, city tourism bodies, and trade associations before implementing or raising taxes on tourism.

Mr. Uffen has offered his alternative to raising the tax on tourists. “Surely the better solution is to offer more diversity, more reasons to visit, and to work with the people and businesses of Amsterdam to grow our tourism business rather than restrict it to an outdated idea of the model visitor,” he advised.

WYSE Travel Confederation urges governments, tourism businesses and private sector companies, local residents and visitors to work together to develop sustainable tourism policies and practices. Pushing out visitors who bring diversity, vibrancy, and curiosity to a destination is not a solution. We echo the words of the UNWTO Secretary-General Taleb Rifai, “Growth is not the enemy, it is how we manage it that counts.”

To voice your concerns about the proposed tourist tax hike to Udo Kock, Amsterdam Deputy Mayor of Finance, send him a message here.

Is Amsterdam closing its door to budget travellers? – The Telegraph, 13 September 2017

Amsterdam to increase tourist tax to reclaim city for residents- The Guardian, 11 September 2017